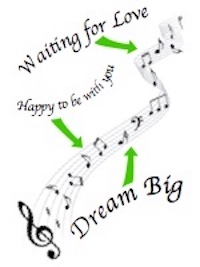 Have you ever tried writing lyrics for a song? Are you wondering how some artists are able to write immensely beautiful lyrics, and do it consistently song after song? Would you like to be able to do the same? Keep reading.

"But Tommaso", you will tell me, "writing lyrics like poetry is matter of inspiration. There is no way I can LEARN to do it: you have it or you don't". I can see where you are coming from because, hey, years ago I was exactly where you are right now. And it took me a while to understand that you can improve your writing dramatically.

In the meantime, though, I lost years of time when I did not even try to get better at lyric writing... because I was convinced (as you may be) that it was just just something that you have or not. Hopefully with this article I can spare you the same.

But how can you improve your writing? One of the easiest ways to get started is to take a few songs that you like and try to spot the "tricks" used in them. It's like a treasure hunt... and every time you spot a pattern you can reuse it in your song.

Let me help you by showing you what to focus on. There are THREE important elements that you should listen for in lyrics. These three elements are the basic of all lyrics writing, and you may discover that you are already good in one of them but you need to improve another: that is good.

"Figurative" is the opposite of "Literal", so you are using figurative language every time you don't mean what you say in a STRICT literal way. This happens much more often than you may think.

So for instance when at the beginning of "Bohemian Rhapsody" Freddie Mercury writes "caught in a landslide" he does not mean that the protagonist of the song was literally buried under a mix of rocks and top soil detached from the closest mountainous slope. He's rather meaning that the events of his life got out of control. This is an example of a Metaphor.

In the same way, when somebody say "you stole my heart", they do not mean that someone carved their chest to take out the cardiac muscle... they just mean that they fell in love with them. This is an example of a Metonymy: it's different than a Metaphor, I will highlight these differences in another article.

(Incidentally, see that "falling" in love is another metaphor... nobody actually "fell")

Start paying attention to these patterns, as being conscious of figurative language is the first step to using it proficiently

Songs are not written like prose. One of the main difference is how the words are arranged. Are there repetitions in the lyrics? Are there any similarities in how the sentences are worded? Are there any symmetries between words?

This is just scratching the surface, of course, but it should be enough to give you an idea of how to think.

Anyway, to understand the rhythm of the lyrics, you have to READ them as opposed to SING them. Then you have to identify what syllables you stress and what you don't. For instance let take two lines form Metallica's "Damage Incorporated":

ALL is FAIR at DAMage INC. you SEE / STEP a LITtle CLOser IF you PLEASE

For the time being do not try to relate the stressed syllables to the accent in the music: their relationship may be complex. But if you try to hear the rhythm of the lyrics, then automatically your brain will develop an ear for it and give you the right pattern of stresses that you are searching for when you write.

Take at least 3 songs that you like. Just simple pop songs will do. Then read their lyrics 3 times, one each for the 3 points I explained above. Take notes of what you find. You will see that just after 3 songs, you will have spotted a number of interesting things. The important thing is to be mindful of these things, and if you just pay attention to them, you will find yourself using them too when you write lyrics.

In the next articles of the series "Creative Lyric Writing Secrets" we are going to see some of these patterns more in detail, so stay connected!

In the meantime, if you are experiencing "creative difficulties", take a look at this course on how to overcome writing block for songwriters, and get your creative juices flowing again.