Why Your Songs Sound Boring And How To Avoid That 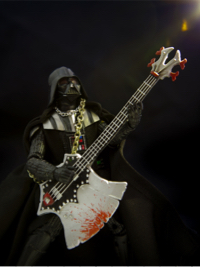 The music you write is too bland? There is no "bite" to your songs? There is no "struggle" in your art? Lots of composers and songwriters think that their music is missing a certain "X factor" to make it special. What can you do to make your art more interesting and relevant?

This is a problem that many songwriters have: they may have some good musical ideas, and even be technically proficient, but their songs lack a certain "I don't know". It might have happened to you too: what you compose sounds nice... but it's boring. It definitely happened to me a lot... and it's probably something that happens to most composers when they start.

In fact I know many who stopped writing music because of this... and it's a pity because, how I found out, it happens to be just a temporary phase. Not only that, but you can get out of this phase faster if you remember to do one little, simple thing. We'll get to that in a moment.

A Problem Of Skills?

Before that, though, let me note that this is NOT a technical problem. While it is possible that your technical or compositional skills are not yet as good as you would like them to be, these are most likely not the culprit. In other words, this is not something that is solved by studying more theory, or practicing more.

There Is No Luke Without Vader

So how do we make your music interesting? Let's start by answering a seemingly unrelated question for a minute (that will help us later): can you imagine the most boring movie ever? Think about it for a minute...

In fact an iron rule of movie writing is that what moves the plot is a conflict, and to create a conflict you need an antagonist. The antagonist can be a person (Darth Vader in Star Wars), an animal/monster (the white shark in Jaws, the Xenomorphs in Alien), Nature (every disaster movie ever), or anything else. You can also have more than one antagonist... but you need at least one!

The same is true for your songs: you need to have an "antagonist" in your song.

How Do You Do That?

Start by identifying the antagonist in vocal songs (it's easier there).

Three common situation are when the antagonist is an ex-lover (say, "Rolling in the Deep" by Adele) or a present, undecided lover ("Should I Stay Or Should I Go" by the Clash), or a desired future lover (yeah, you're not the first one to notice that pop music revolves mostly around sex...)

But the antagonist does not need to be a person at all: in "Killing In The Name" by RATM, the antagonist is any authoritarian figure or organization, while in Taylor Swift "Shake It Off" it's the opinion of other people, and in "It's My Life" by Bon Jovi the antagonist is the unlived life.

So when you set out writing lyrics, have clear in your mind who or what is the antagonist: just having this in mind will make the difference.

How About The Music?

Once you have a bit of practice with vocal songs, try your ear with instrumental songs.

Start with something like "Mars Bringer Of War" by Holst or Mussorgsky's "Night On Bald Mountain". Can you hear the antagonistic "evil" element? Can you hear the danger coming closer? Good: mark that spot in the track. Now listen to that again, and ask yourself how the composer "rendered" the antagonist in that part of the piece:

In this way, by analyzing the songs you like, you will discover what YOU like. After examining 2-3 songs you will know enough to do it yourself in your own composition... but don't forget the most important element: you need to HAVE an antagonist in the story you are telling, and you need to keep it in mind while you compose. It's useless to know how to describe it if you don't have it in the first place!

So grab some of these pieces and start listening!

And if you need any help in fending off the evil dragon called "songwriter block", grab the Sword Of Musical Inspiration at this link and slay it!